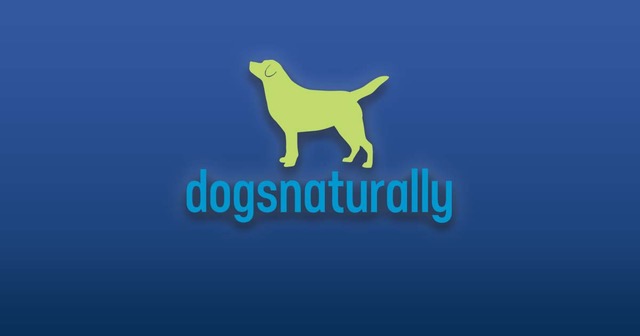 Rabies has existed for millions of years, and it will most likely survive man on this Planet. It is a dreaded and feared disease with a mortality rate that is close to 100% for those that contract it: there are only 7 cases known of survivors – out of 40,000-60,000 cases in total in the World per year.

This provides strong ammunition for those who want to force dog owners to vaccinate their dogs, at their own expense. It is easy to argue this point because rabies is so dangerous; nobody can afford to gamble with this “serious risk”…

On the other side, there is a cost other than financial: the health problems caused by repeated rabies vaccinations are evident! And so is the lack of logic in the reasoning used by those who want the vaccinations to continue!

An increasing number of veterinarians begin to speak up and seriously question the value of the whole vaccination program, like expressed in this article:

RELATED: What are the facts about the rabies vaccination?

First, let’s provide some basis or reference we can relate to. We talk about risk of death, and we need to associate a likelihood to that before we can assess it. So, let’s first take a look at some other causes of death – and their likelihood, expressed in ppm/year (= “parts per million per year”), which is the average number of cases every year in a total population of 1 million “average” people. (Source Olnhausen & Gann, Acta Chiropterologica, 6(1): 163–168, 2004 – I added the red ones from other sources, for comparison.)

Various causes of death in the USA,on an average yearly basis: Total of cases and likelihood:

Here is an overview of the sources of all known rabies cases in the USA over the past 30 years:

In North America and Europe together, the total number of rabies cases is less than 5 per year – and not a single one of them have been from dog bites the last 30 years!

In all of the USA’s history there are no records of rabies being transferred to people through bites from dogs that are kept as pets. There were a total of 32 cases of rabies in the USA from 1980 to 1996. In 12 of these 32 cases the diagnosis was established only after death. In 7 cases no exposition was known.  21 of the 32 deaths were due to the bat-rabies virus. Only in one of these 21 cases a clearly defined bat bite occurred. Not a single case was related to bites from dogs.

So, this just shows how effective the vaccination programs are, doesn’t it?

Wrong. This might have been the case if there had been a lot of rabies in the USA before the vaccine hysteria started in the seventies, but that is not the case…. The level was around 100 cases per year at the beginning of the century, and it dropped below 10 during WW II, and has remained down there, continuously dropping, until the huge-scale canine vaccination programs were introduced at a time when human deaths from rabies from dog bites in the USA were already down at zero….

This is in despite of the fact that about 4 million cases of dog bites are medically treated every year, and despite also of the fact that stats tell us that maximum 95% of all dogs in the USA are vaccinated against rabies…

Let us do a little math on that: The 5% unvaccinated dogs of the 4 million dogs that bit people so badly that these people went to see a doctor represent a total of 20,000. Over 30 years, this makes 600,000. This makes the risk of contracting rabies from a dog that is unvaccinated go down below 2 ppm. It could be thousands of times less, but it cannot be any larger. The risk of getting murdered, in the USA, is about 108 ppm for men, just for comparison. The risk of getting killed in a car accident in Canada or Australia is about 30 ppm – at least fifteen times larger.

And now the $10,000 question: If we seriously consider 32 human deaths over 16 years a serious problem we should protect ourselves against, then why are we not vaccinating humans against rabies? The threat is obviously mainly from bats, not from dogs, so vaccinating our dogs in order to protect ourselves is utterly, completely, definitely meaningless!

You see, when we talk about people, the government is concerned about the cost – because this involves everybody – so it will seriously impact elections. For dog owners, it is different. They constitute a minority that will never make a noticeable difference on an election day – so forcing them to pay costs nothing, politically…

But there are more reasons…

Do The Rabies Vaccines Work?

Well, the unpleasant truth is that we really do not know…

Yes, lots of people, including doctors and the pharmaceutical industry, will want us to believe that they work. But the unpleasant fact remains that vaccines are marketed and approved by government for marketing without ever being seriously tested!

Oh, yeah, the vaccine manufacturers have tested that the vaccine does indeed cause titers to develop in most of the tested individuals, generally aiming at 95% or better. Just too bad that we do not know how the development of titers relates to the overall immune protection an individual has! It is a fact that titers often reduce their concentration with time, when the body is not exposed to the disease. But they quickly come back when exposed!

In the specific case of rabies, you can find more about this from this webpage on the site of Vaccination Liberation.  The conclusion of that article is, with perfectly correct use of logic, that there is no proof that the vaccines work – and no proof either that they don’t. A very important point that is made is this: it takes far more than exposure to the virus to contract the disease! For the virus to do damage to the body, the body must be in bad health with a compromised immune system and then be exposed to the virus. The unpleasant dilemma here is that vaccination will weaken the immune system and thus promote the disease (or other diseases) instead of preventing it. It remains a fact that this thesis cannot be proven or disproved by the existing data!

NOTE: If your dog is experiencing side effects from his vaccinations and you’re looking for a way to alleviate his symptoms you should try our Anti-Vaccinosis.

What Are The Known Side Effects?

For rabies in dogs, we have very poor data about the details. We know from Catherine O’Driscoll’s Canine Health Consensus that over 70% of all dogs have a reason to visit the vet within 3 months from being vaccinated – if the vaccine had nothing to do with that, the number should be 25%, not over 70%!

But we do have some data for humans:

This gives some serious clue as to why we have so many dogs with allergies. A rise from 0.11% to 6% represents a 50-fold increase in the likelihood of serious damage! Using the same math on a second booster (= third vaccination) will make development of allergic reactions virtually inevitable! Now, this is very bold math – and not scientifically sustainable. But just a doubling or a tripling of the likelihood with the second booster will be more than sufficient to represent a very serious concern – and a very good explanation of all the allergies we see nowadays in our dogs.

On top of this, some 80% of all people being vaccinated report minor to severe side effects as itchiness and irritation on the vaccinated spot, drowsiness and nausea, headache, breathing problems, etc.

Unfortunately, no research has ever been done to show any possible long-term effects of the vaccines for humans!

That certainly depends… If we consider that rabies is deadly if contracted and not dealt with prior to the onset of clinical symptoms, then a death risk of 0.2-700 ppm from vaccination is a very attractive bet indeed! But the risk of contracting rabies depends on two factors that dramatically reduce that apparently “certain death sentence”:

Folks, this is less that the risk of getting killed in traffic in the USA! And it is one third of the risk of getting murdered in the USA…. And worse yet: with the vaccine having a risk that could be more than 10 times larger, vaccination is not at all a proven secure way of dealing with the problem…Sure, the vaccination could also be some 250 times safer – but reality is that we do not know!

Now, for people who are extraordinarily exposed to the possibility of getting bitten by rabid animals, vaccination might be a diligent choice. But, as you see, it depends a lot on what the likelihood of getting bitten is! And it must be at least 100 times larger than average before vaccination becomes an obvious
choice…

What Can We Conclude For Dogs From This?

First of all: it will be naive to expect that dog vaccines are made safer (and more expensive) than human vaccines. The worst case scenario of negative side effects of the human vaccine is therefore a realistic minimum for the canine vaccine…

This does not speak in favor of vaccinating your dog… unless your dog is extraordinarily exposed to possible contact with wild animals that could transfer the disease through biting.

On this basis, to create a legal requirement for dog owners that they must vaccinate their dogs every year or every third year is nothing but illegitimate misuse of political power; there is no justification for tolerating that kind of power abuse in a democratic society that values human rights and personal freedom of choice.

The threat is not rabies in dogs. The threat is the lawmakers and commercial interests that want to use fear of rabies to strip us from our constitutional rights to make our own personal choices. Mogens Eliasen
Mogens Eliasen holds a Ph.D. level degree in Chemistry from Århus University, Denmark and has 30+ years of experience working with dogs, dog owners, dog trainers, and holistic veterinarians as a coach, lecturer, and education system developer. He publishes a free newsletter "The Peeing Post" containing lots of tips and advice on dog problems of all kinds, particularly about training, behavioral problems, feeding, and health care. For more information about Mogens Eliasen, including links to other articles he has published, please send a short e-mail to [email protected]
More Articles

Mogens Eliasen
Mogens Eliasen holds a Ph.D. level degree in Chemistry from Århus University, Denmark and has 30+ years of experience working with dogs, dog owners, dog trainers, and holistic veterinarians as a coach, lecturer, and education system developer. He publishes a free newsletter "The Peeing Post" containing lots of tips and advice on dog problems of all kinds, particularly about training, behavioral problems, feeding, and health care. For more information about Mogens Eliasen, including links to other articles he has published, please send a short e-mail to [email protected]
More Articles